In 2002, when Sovcombank (Buoykombank at the time) was acquired by Sergey Khotimskiy and a group of co-investors, it had one branch, 17 employees and ₽2 million equity. By the end of 2020, Sovcombank had become the No.3 largest privately-owned bank in Russia by total assets according to Interfax ranking based on RAS, had a branch network of 2 334 offices in 1 thousand Russian towns and employed 17 thousand people, whilst the Group reported ₽188 billion total equity demonstrating its ability to grow over time.

The Group has delivered on its own growth strategy by means of successful organic growth initiatives as well as carefully selected and well-executed inorganic growth opportunities. The Group has been able to carefully select underpenetrated market niches with limited competition and by a combination of targeted product offering and wide customer reach deliver strong track record of profitable organic growth. In addition to organic expansion, the Group has grown via smart acquisitions of other financial institutions and businesses operating in select market niches at attractive prices. Since 2014, the Group has executed 20 significant acquisitions and these opportunities have allowed it to diversify its product offering, customer base and deliver further growth.

As a result of the Group’s impressive growth track-record via organic and inorganic means, its asset base has grown 30 times during the period from 2011 to 2020 and has allowed Sovcombank to become No.9 largest bank in Russia by total assets as at 31 December 2020 according to Interfax ranking based on RAS.

The Group growth was partially fueled by its high internal capital generation ability: average ROE over the last ten years (2011-2020) reached 42%, according to the Group’s calculations based on published IFRS accounts. Not only did the Group deliver a strong through-the cycle profitability track-record, it also reported a stronger performance during the time of economic downturn, with average ROE of the Group during the financial crisis in Russia in 2014-2015 reaching 54%. The Group managed to achieve this by its operations being focused on strict profitability criteria, which are not compromised for additional growth, diversification of its operations and hence profitability profile, as well as prudent risk underwriting policies.

Currently, the Group’s business model is based on three key pillars: retail banking, corporate banking and treasury segments contributing equally to the Group’s bottom line. The Group’s three operating segments are complementary, generate strong synergies and provide important diversification to the Group’s income streams through the economic cycles. The diversification enables the Group to evaluate broader opportunities in complementary markets through the economic cycles in Russia and adjust its business model accordingly to take advantage of such opportunities. The administration of the Buoysky district of the Kostroma region and 45 state-owned companies (district collective farms and municipal enterprises) organized a commercial agro-industrial bank "Buoycombank" on the basis of Agroprombank in the town of Buoy. The bank served the shareholders as well as people of pre-retirement age and pensioners. 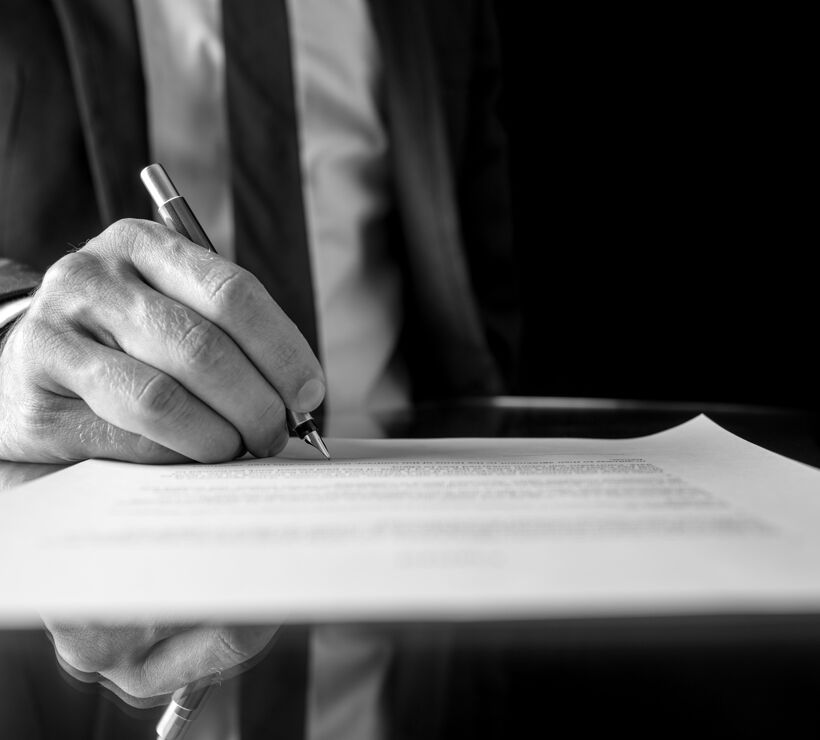 In March 2002, current shareholders of Sovcombank (Sergey Khotimsky and Mikhail Klyukin) acquired Buoycombank. The Bank had one office in the city of Buoy, Kostroma Region, which employed 32 people. The Bank's equity was ₽2 million, total assets were ₽7 million (for information: dollar exchange rate for March 2002 - 31 rubles / 1 US dollar). In February 2003, “Buoycombank” changed its name to “Sovcombank” (short for “Modern Commercial Bank”) and moved to Kostroma, where the head office still continues to operate. By the end of 2003, the Bank already had three branches: in the city of Buoy, in the city of Kostroma, and in the city of Moscow.

In March 2004, the Bank received a CBR General license, and in September 2005, it entered the Deposit insurance system. By the end of 2006, Sovcombank expanded its branch network to 10 offices with 425 employees. Due to outstanding financial results the Bank's equity increased x21 times to ₽423 million, total assets grew up to ₽4.7 billion. 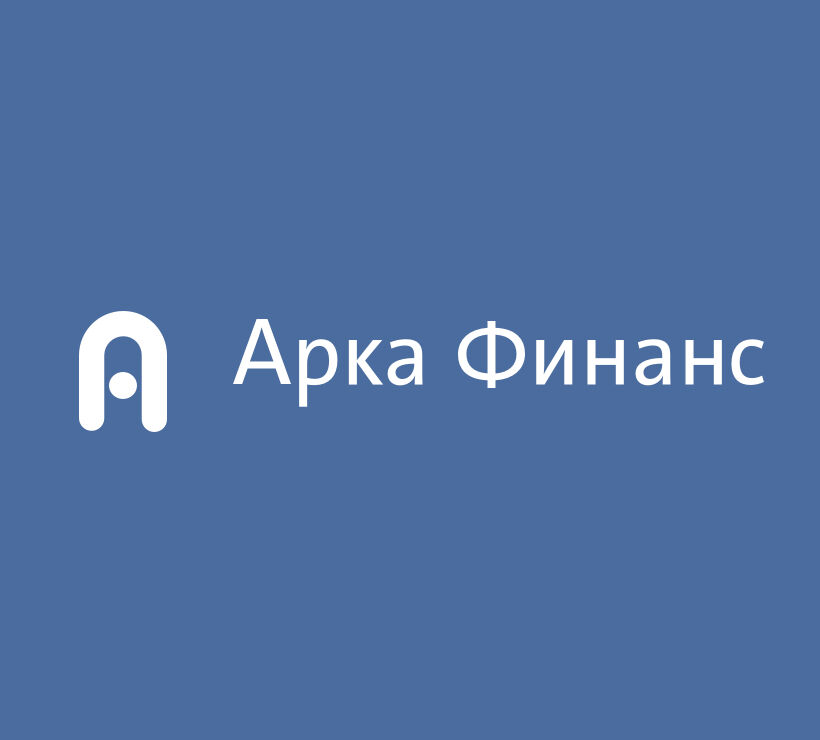 Sovcombank acquired the Association of regional credit agencies (ARСA), a regional consumer loans provider with a network of 612 mini-offices and 2010 credit brokers in 140 towns in Siberia and Russian Far East. In 2007, the Bank also formed a securities portfolio mainly consisted of bonds of largest Russian corporations. 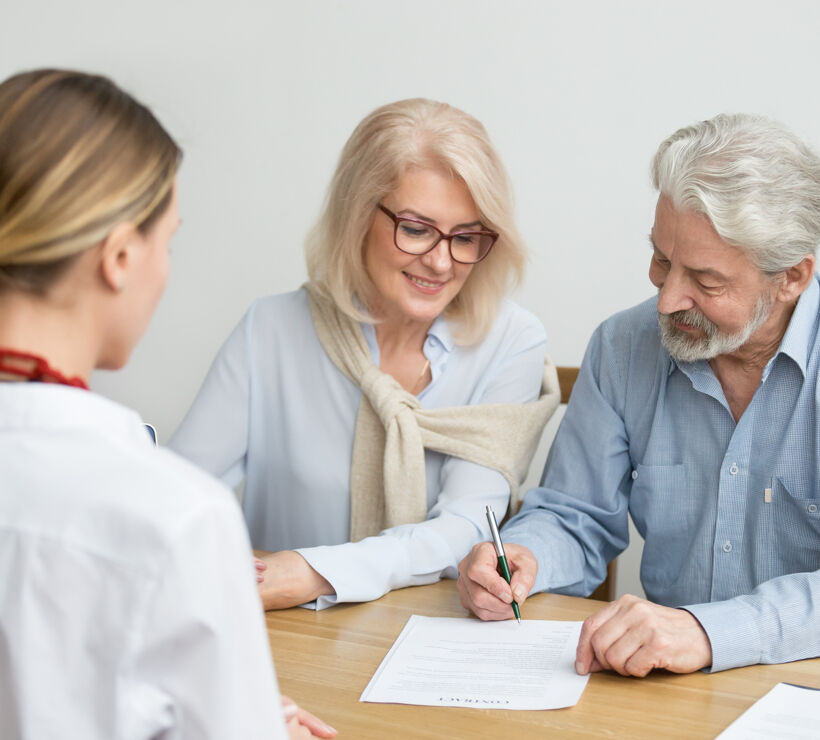 Due to the high quality of its assets, Sovcombank was one of the few banks in the country that remained profitable during the years of economic crisis: the Bank's IFRS ROE was 56% in 2008-2010. The Bank's assets included bonds of large private and state-owned companies as well as consumer loans to pensioners. Sovcombank was the first bank in the country that started to lend to older people. According to the Bank's analysts, pensioners are the best borrowers due to their prudent financial behaviour, low but guaranteed by the Russian government income, small loan size and short terms of loans. Organic growth with focus on retail

The main goals are the development of retail lending in the regions and the improvement of the operating efficiency of the retail network. In May 2012, a change in shareholder structure occurred: the Dutch financial group TBIF Financial Services B.V. (“TBIF”) sold its equity interest in Sovcombank with a significant profit. Sovcombank is actively developing the format of mini-offices throughout the country. The cost of maintaining a mini-office is 30 times less than that of a "heavy" traditional bank office. By December 2013, the Bank expanded its network to 732 locations, and the number of employees reached 7,000. In February 2014, Sovcombank acquired GE Money Bank Russia, which specialised in unsecured consumer lending. As a result, Sovcombank gained access to an advanced technological platform and the first class expertise in risk management and underwriting procedures, human resources and IT. In September 2015, the DIA selected Sovcombank in an open tender for the financial rehabilitation of Express Volga Bank, a regional Russian bank based in Saratov and active predominantly in Volga region. As a result, Sovcombank entered a new region and also acquired an expertise in cash and settlement services for SMEs. 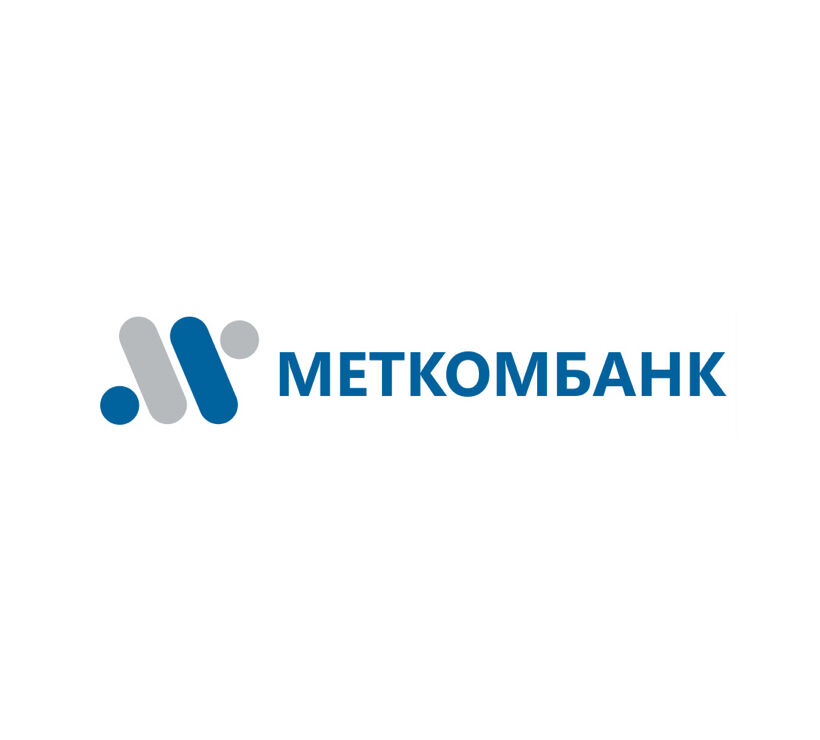 Sovcombank's strategy is to achieve and maintain advantages in market niches with limited competition. Due to the acquisition of Metcombank in October 2016, the Bank successfully entered the car loan segment. The acquisitions of fintech companies "Fintender" and "RTS-Tender" created the largest digital platform for public procurement in Russia. In January 2017, Sovcombank acquired the mortgage loan portfolio of Nordea Bank Russia which comprised a portfolio of high-quality seasoned mortgages. Subsequently, a team of professionals specialising in mortgage loans joined Sovcombank. Mainly as a result of this acquisition, the Group obtained expertise and started issuing home equity loans. In 2015, Sovcombank acquired 9.48% of shares in Rosevrobank. The Group continued to increase its stake and finally consolidated 100% of shares in August 2018. The Group's consolidated assets increased to ₽880 billion, the capital exceeded ₽100 billion. Due to sucessfull complection of REB's acquisition Fitch upgraded its credit rating to "BB". 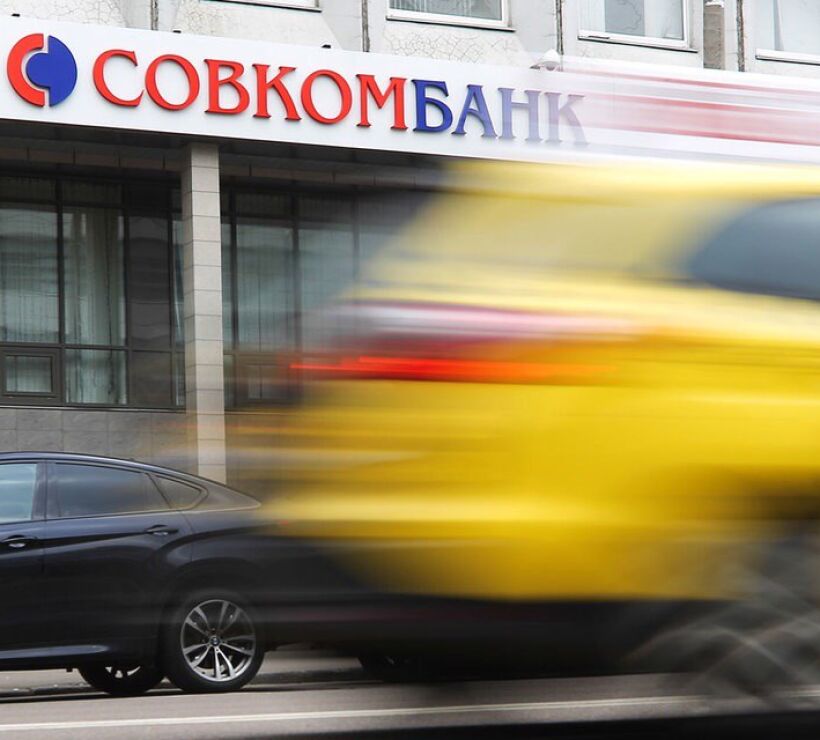 Consolidation of 100% of Sollers Finance

Sovcombank gained full control of the leasing company "Sollers-Finance", which was later renamed to "Sovcombank Leasing". The integration of the leasing and car lenging allowed the company to expand its regional presence and start working more intensively in the passenger car leasing segment. 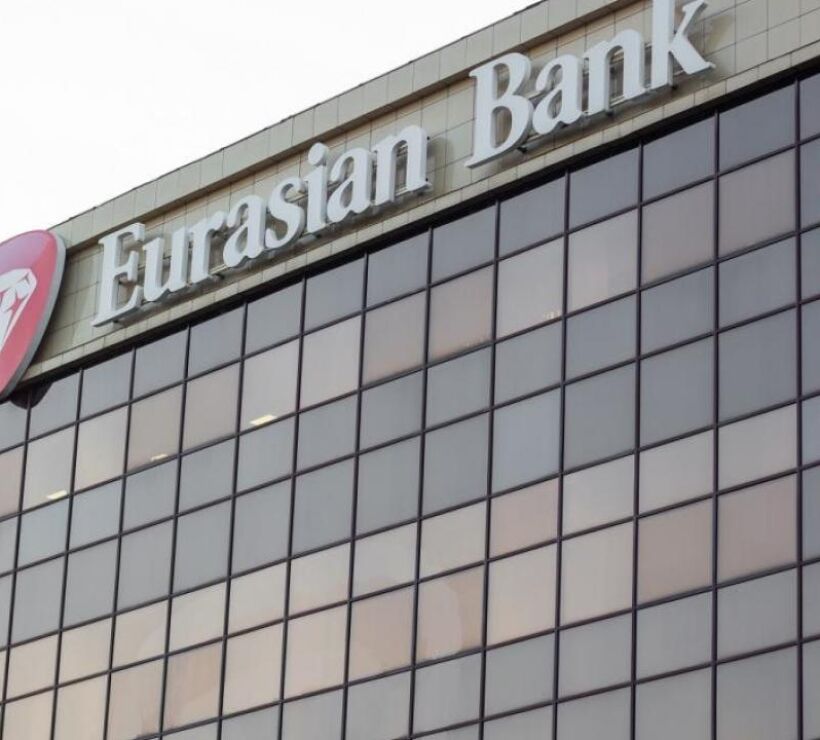 Sovcombank acquired 100% of the Russian subsidiary of Kazakhstan's JSC "Eurasian Bank" and 100% of the French bank "Oney" from the Auchan group. For the former owners of the banks, this was a good opportunity to exit the highly competitive Russian banking market and concentrate on the core business in the key countries of presence. 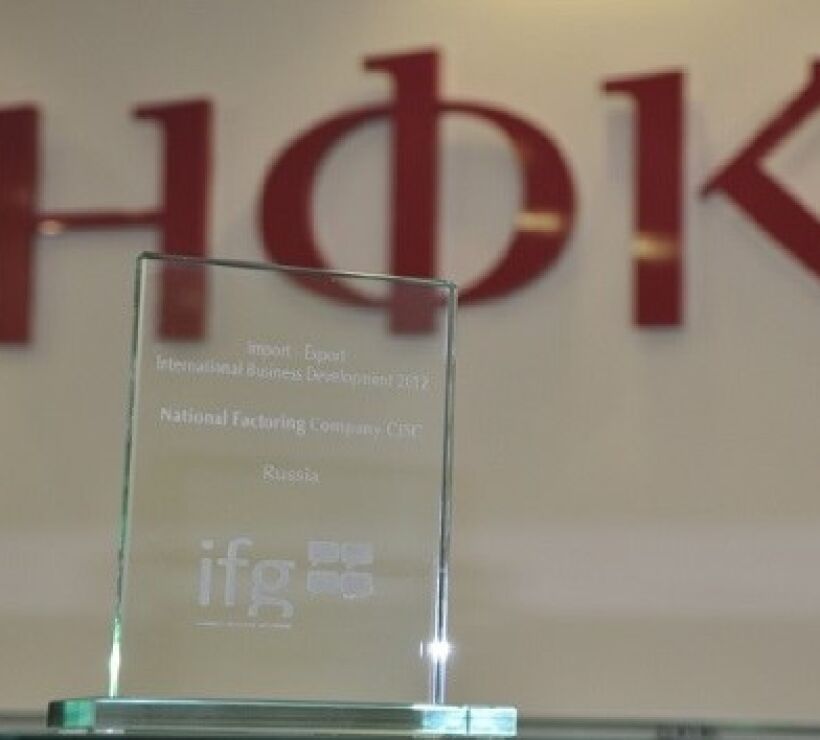